I've written several times about my trip to Pilsen in 1995 to as part of the U.S. Army contingent sent there to help celebrate the 50th anniversary of liberation from the Nazis. It was a fantastic trip filled with many interesting experiences (now ... if I could only find the pictures I took).

On the day of the big parade, after the speech by dignitaries from many nations (Including then Secretary of State Madeleine Allbright, a native Czech herself who delivered her address in "flawless Czech" as described by the newspapers after the event), there was a luncheon for all WWII veterans held in the Czech Army Reserve Center not far from the main square. I was asked to be there in case any translation help was needed.

When I arrived, I found that the hall was full of former American soldiers who served in the area during WWII. That was quite an impressive group of Veterans. From the smattering of conversations I overheard here and there, many were seeing each other for the first time in decades.

The room was quite full and there were few vacant seats. I grabbed a plate and found an empty spot in the back corner of the room next to a Czech gentleman sitting by himself. I was in uniform, so I think he was rather surprised when I greeted him in his native language and introduced myself.

As our conversation progressed, he told me he was somewhat disappointed that there wasn't more attention given to the Czech men and women who served in the armies of the different Allied nations. While he was grateful for the Americans who liberated his city, he felt that the contribution made by him and so many his fellow Czechs was being somewhat ignored that day.

He proceeded to tell me his story, which I will attempt to reconstruct as he told it:


Soon after the Nazis took over western Bohemia, which they called the Sudetenland, I started walking east. I ended up in Bratislava (now in Slovakia) for a time. They eventually set up a government sympathetic to the Nazis, so I left and went east again.

After a time, Hitler attacked the Soviets, so the Soviets joined the Allies. I ended up in The Ukraine and joined the Soviet Army since I wanted to do my part to defeat the Nazis. They didn't mind that I was Czech. In fact, they were willing to take anyone who could hold a rifle. They sent me to a basic training camp somewhere in Russia and then to a school to learn how to jump out of airplanes.

Part of the parachute training was to jump off a high tower. It seemed crazy, but I did it along with everyone else. Unfortunately, I landed badly and broke my leg in several places. I ended up in a hospital for over a month while it healed. Afterwards, I was healed enough to fight, but the leaders of the parachute training school told me I was not allowed to be part of a parachute unit because of my leg.

Soon after I was released from the hospital, I was assigned to an artillery unit advancing towards Germany. It was a constant routine of move, set up the gun, fire off rounds for hours, or even days, at a time, then move again. It was relentless.

And those Soviet soldiers were a little crazy. One time we were shooting our gun over and over again. We had to shoot in rapid succession, so we had the live ammunition in open crates stacked around the breech of the gun. The hot casings were ejecting out of the breech and bouncing around the live ammunition, which I thought was very dangerous. I mentioned this dangerous situation to the sergeant in charge of our squad. He looked at me and said, "Either the Nazis will kill us or we'll kill ourselves. Either way we'll be dead. Be quiet and keep shooting!"

I lost track of how long I served with the Soviets. We eventually made our way into Poland and had a time of rest. One day, the sergeant handed me some papers written in Russian (which I never learned to read) and told me my part of the war was over and I could go home. There were no trains running and I couldn't get a ride from the Soviets, so I started walking south. I eventually made it back home to Pilsen to start over again.

I really can't tell this man's story as well as he did. A little is lost in translation and a little is lost in time.  It was a fascinating conversation, though, as he regaled his small part in what the Russians call "The Great Patriotic War."

In the U.S., the WWII generation is called "The Greatest Generation."  Let's not forget those in other countries who sacrificed just as much.

at October 05, 2017
Email ThisBlogThis!Share to TwitterShare to FacebookShare to Pinterest 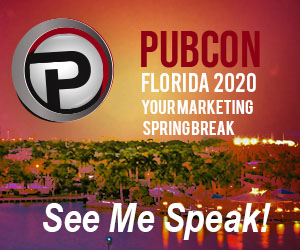