Those who have served in any of the armed forces know teamwork. Some may not do it well, but they know about it because it's stressed from day one. Let me share a great lesson I learned while attending a leadership school during my time in the U.S. Army. 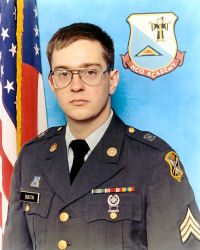 Background
When I was an up-and-coming young soldier, recently promoted to the rank of Sergeant, I went to the required month-long training at the Army's Primary Leadership Development Course (PLDC). The particular school I attended was the 7th Army NCO Academy in Bad Toelz, Germany. This PLDC had the reputation of being the toughest in Europe. One feature of the school was the infamous "Autobahn," which was the main hallway through the classroom portion of the building. It had a black strip in the middle and an alternating color on the sides. The black strip had to be polished to a mirror finish each day and no students were allowed to walk on it.

In the time leading up to my departure, I wasn't exactly looking forward to the experience.

I showed up at the school and was assigned to a squad of about twelve to fourteen other young soldiers. We were all from different units and had different specialties and different backgrounds. The one thing we all had in common was that we all wanted to finish the class successfully so we could keep our newly-acquired rank or be promoted.

One person from the squad was assigned to be Squad Leader. This person was in charge of making sure all the squad's tasks were completed each day and inspecting each squad member's uniform before the morning inspection by the school cadre. A goodly portion of each soldier's successful completion of the course was riding on the evaluation the cadre gave them for their time as Squad Leader. Because there were around fifteen soldiers in our squad, this job rotated every two or three days.

Each squad was assigned different duties which the members had to perform as a team after classes were over and the classroom floors were mopped and polished and before lights out. The trick was, these jobs had to be finished with enough time left over before lights out so everyone had opportunity to polish their boots and press a uniform for the next day.

The Plan
The very first day the group got together and divvied up the individual portions of the building to clean. One person vacuumed the carpeted areas, another mopped and waxed the tile floored rooms, still another cleared out the trash from all the wastebaskets, etc. Each person had a task and we all worked together and finished the entire job in about two hours.

I wish I could take credit for the stroke of genius which came out of the meeting we squad members held after the cleaning was done. Someone suggested that to make sure we all got good evaluations as squad leaders we would all agree to do the same jobs we did that first day; and, no matter who was in charge we would work together for the success of everyone. We all shook hands and "pinkie sweared" and agreed that's how we would do it.

The Result
It worked, too. The next day we had our cleaning time down to one and one-half hours. The day after that, it was down to an hour. By the end of the first week we had our time down to thirty minutes. Done, done and done - and done to the Commandant's satisfaction.

After we had our duty time down to thirty minutes, we had lots of time for boot polishing and uniform pressing. We also had time to play cards and nightly Spades tournaments were held.  At one point I found myself wondering what all the fuss was about before I went to the class - the class was turning out to be quite easy.

At one point, about half way through the course, our instructor came in for the first class of the morning. He closed the door and motioned for us to gather around his desk at the front of the classroom. He looked around as if making sure no one would overhear what he was about to say. He asked us, in hushed tones, what we were up to.

None of us quite understood what he was talking about, so he clarified. Apparently, the members of the other squads were complaining that our squad didn't have enough work to do because we were finishing our cleanup duty in the Commandant's office in thirty minutes and they were working right up until lights out. They thought it unfair that we were "getting over" and were demanding we be given some of their work. Our instructor was quite puzzled because there were no complaints from the Commandant. In fact, our instructor told us the Commandant mentioned at a recent staff meeting that his offices had never been cleaned so thoroughly.

We all broke into smiles as the squad leader for that day explained what was going on. He told our instructor about the meeting we had on the very first day and how we agreed that no matter who was in charge, we would do the same job every day and work it so everyone succeeded at that part of being squad leader. The reason we were finishing up so quickly was because of teamwork and lack of egos.

The other squads hadn't worked out such an ingenious plan. I saw them, every day, argue amongst themselves about the best way to do this or that task. Every time a new squad leader took over (mind you, this was just about every other day) he or she would impose on the others "The Way It Ought To Be Done." This would result in arguments and delays in getting the work started, thus more time taken to complete their tasks. While we were playing cards, they were fighting over whose way was best.

A huge smile broke out on our instructor's face. He told us not to tell anyone about our conversation. He said something like, "Very few people get it when they come here. You guys did. Keep up the great work."

You see, it was all about working together as a team for the common good. Instead of PLDC being a dreaded experience and a time of torment, we actually had a good time. Don't get me wrong, we did work hard. In the end, though, checking our egos at the door and working together made the experience a whole lot easier.

How about you - do you have a teamwork story? Please feel free to share in the comments.
at October 05, 2017
Email ThisBlogThis!Share to TwitterShare to FacebookShare to Pinterest